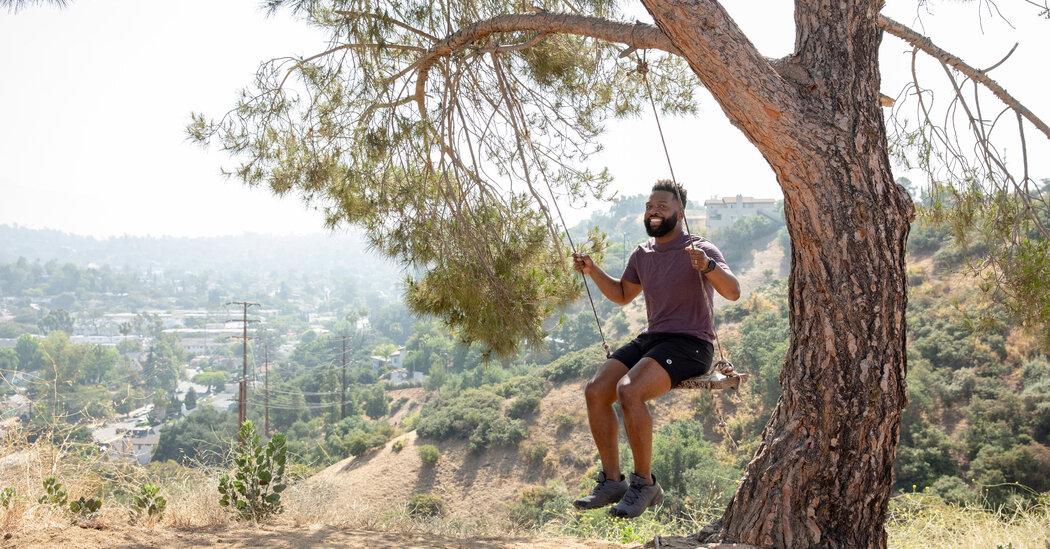 Baratunde Thurston wants you to be part of nature. Straight away.

There was also a shock to me on Tangier Island, in the Chesapeake Bay, with James “Ooker” Eskridge, the mayor of the community. On paper, me and this man don’t have much to say to each other. He was in the most Trump voting district in America by some measures, and he’s very, very, very conservative. But I had the luxury of spending real time and feeling his energy and experiencing his hospitality. I have heard that his house is disappearing due to the rising sea level, due to climate change. He won’t call it climate change entirely, but he recognizes that the water is rising and wants to do something about it. He wants sea walls, he wants federal money spent to save his city. We were on the coast of his island and saw tombstones in the water. You can show climate change data and you can watch an Al Gore presentation and watch the temperature rise. But then you can wade through a graveyard. Hearing him describe having to dig up his ancestor in his own backyard; he got emotional talking about it. It made it real. I didn’t expect to have that experience at all. I definitely didn’t expect to be with someone who is seemingly so different from me.

Climate change comes up a lot in the show. Was that your intention?

Making a show about the outdoors is making a show about climate change. We can’t get around the subject. At each location, I witnessed the effects of climate change: Death Valley’s drought and lack of water beyond expectations; the firefighting training for those forest firefighters; in Idaho, the smoke from western fires and the low levels of the river and the high temperatures of the river. In Minnesota, one of our segments with the Abbas family, the farming family, tried to grow climate-resistant trees that can handle higher temperatures because the forest we were standing in is going to disappear. And so instead of just mourning that, what kind of new forest can we create instead? They just develop through basic biology to harden the forest so that their children have trees too. When we were in Duluth, Minne. we could barely breathe. Minnesota now has massive fires. We couldn’t see Lake Superior. I had to wear an N95 mask when we weren’t shooting because it burned inside.

Everywhere we went, we had a climate story. Sometimes it was more of a focal point of who we were talking to and the story; other times it just affected how we could make the show.

What do you hope people can learn from this show?

I want people to see the outdoors as a place where we can literally experience interfaces between the wide range of differences that make up this country. Pretty much everyone should be able to see themselves on the show – we have different time zones, different ecologies, different ages and body shapes and abilities. I hope we have reflected the diversity of the nation, both in its natural state and in its human state. I want this show to be a mirror for everyone.

The indigenous people I spoke to have a culture where they are part of nature, as opposed to apart from nature. We have to relearn that. That was a really big takeaway for me, especially as the climate gets more volatile in the coming decades. That way we all need to stay connected. This is not just something to use. It’s something to belong to.

Chaos in Passport Travel: How to Beat Passport Queues While Tourists Wait 10 Weeks