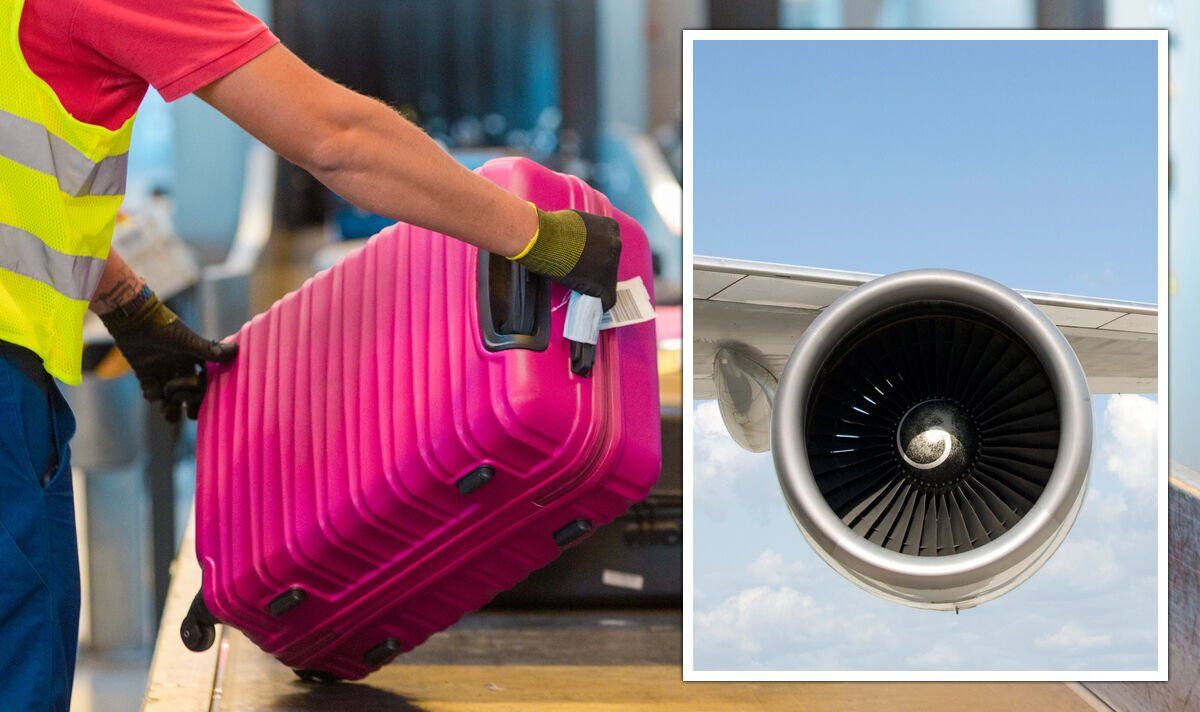 Baggage handler shares scariest part of the job – ‘could kill you’

A former baggage handler known as @mogetfrog took to Reddit to reveal the inside scoop on the role.

Baggage handling is “like a game of chess,” a baggage handler told The Telegraph.

It’s not just about putting the luggage on the plane, but also scanning it, loading it into a crate and making sure it ends up in the right place.

There are some risks involved in handling bags, including carrying a lot of weight in a short period of time.

Not only this, you handle baggage in the hold of the aircraft, so it’s important to have your wits about you.

@mogetfrog stated: “I was a baggage handler for several years. Barely functional adults never lasted very long because they were responsible for every accident and injury that occurred while I was working on the slope.”

The former handler revealed that he occasionally witnessed a fellow baggage worker who “barely avoided turning into a fine red mist because they were less than seconds away from walking directly into the suction zone of a running engine”.

Many of them had to be “physically grabbed” or “ranging poles were thrown at them to get their attention”.

They explained that baggage handling was not an easy task and involved many components – they are “not just lift bags”.

@mogetfrog continued: “It also works in and around multiple types of heavy machinery that can all kill or maim you in a horrible way, and scanning and organizing hundreds of bags that all come and go at different times.”

This stress is only exacerbated by “Karen” passengers who do not understand the complexity of the job and have unreasonable expectations.

@mogetfrog was also in the hands of angry passengers who were handing out verbal abuse.

They recalled being “shouted at” by passengers who were “p*ssed that their bags weren’t pulled out of the plane and handed over to them as soon as they disembarked.”

READ MORE: Best day to book a hotel for a cheaper stay

They also explained that the cabin crew can also be wary, “p*ssed off for not dropping everything to climb out the cockpit window and scrub the bugs right off”.

Plus, this all has to be completed within a tight 40 minute deadline, adding an extra layer of intensity and pressure to the role.

@mogetfrog added that it is often difficult to hear all the time, which can presumably hinder clear communication or instruction.

The National Careers Service’s government website states that baggage handlers are allowed to work between 44 and 46 hours a week.

In addition to the heavy lifting and potentially dangerous parts of the job, baggage handlers can also work evenings, weekends and even holidays – as these are peak times for trip.

They may need to operate heavy machinery (trucks, cargo loaders, and transportation systems) that move baggage to and from aircraft holds.

Flight attendant credit card tip to 'save your money'