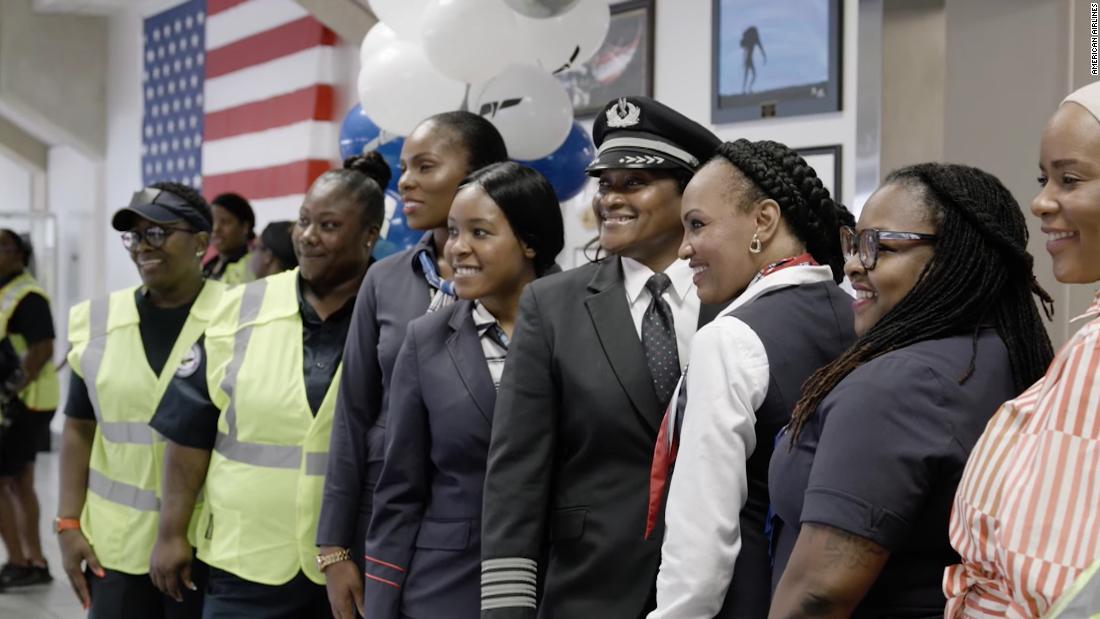 The airline hosted the Bessie Coleman Aviation All-Stars tour this week to celebrate the 100th anniversary of Coleman flying the first public flight by an African-American woman in 1922.

“I am grateful to American Airlines for giving us this opportunity to showcase my great aunt’s achievements in aviation,” said Gigi. said in a video posted by American Airlines titled “Empowering Women in the Skies.”

Very few American women of any race had a pilot’s license in 1918, but those who did were often white and wealthy. Undeterred, Coleman learned French and moved to Paris, where he was accepted into the Caudron Brothers School of Aviation. In 1921, Coleman became the first female pilot of African American and Native American descent.

Coleman died in 1926 at the age of 34 while on a practice run with another pilot. Although she never fulfilled her dream of opening a flight school for future black pilots, Coleman’s mark on aviation history lives on, CNN previously reported.

“Today I am beyond excited to be part of the crew where we inspire young girls, young girls of color, to see the different roles these women play in every aspect to make this flight possible,” Captain Beth Powell , the flight’s pilot, said in the video.

American Airlines said it is committed to cockpit diversification, including “raising awareness of and increasing the accessibility of the pilot career across communities” through its cadet academy.

The day after the historic flight, representatives of the Bessie Coleman Foundation and American Airlines pilots and cadets met students from the Academies at South Mountain in Phoenix, where the flight landed, to introduce young people to careers in the airline industry.

“I knew she was the first African-American woman to get her pilot’s license, she was the first to do it, so she inspired the next generation to follow in her footsteps and know that they can be whatever they want to be.” said Mohamed Mohamed, an aspiring pilot studying aerospace at the academy, in the video.

Karla Pequenino of CNN contributed to this report.